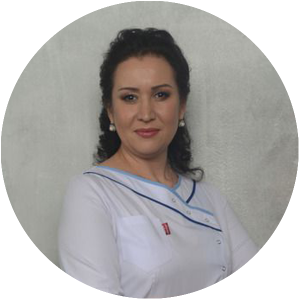 MD Degree from the Moscow medico-dental university (1995). Thesis: Research of indicators of microcirculation for determination of efficiency of treatment of the catarrhal gingivit with use of laser radiation at persons, 2002

I have 2 patents in my name, diagnostics of vascular defeats at children in the head and a neck participated in development of an innovative technique, by means of a method of a computer capillaroscopy.

-The study of inflammatory periodontal diseases

– The assessment of the microcirculation in the locus of hyperplasia of blood vessels (so-called IG, CH) of maxillofacial area in children with the computer capillaroscopy method.

A member of the national Association of active longevity